It Was a Dark and Stormy Night…

It was a dark and stormy night…no really, it was.  This year’s San Antonio Contemporary Art’s Festival, Luminaria, lasted only one night due to Hurricane Patricia and her long-reaching effects on the Alamo City.  The city tried to carry on, albeit a scaled-down version of the festival, in spite of the weather and many of the artists were rescheduled. To see the “Take Two” updates, please visit www.luminariasa.org. Some however, got to effectuate the mantra any artist worth their salt has declaimed: “The show must go on”.  And I had the honor to capture the moments.

Luminaria, a night arts festival, was created in 2008 and is “inspired by two night-time multi-genre festivals; Nuit Blanche in Paris, and Madrid’s Noche Blanca.” It is a non-profit organization that celebrates visual and performance artists.  In 2015, the San Antonio Museum of Art, www.samuseum.org, started the festival by recognizing the Board and the Luminaria Team for their hard work. 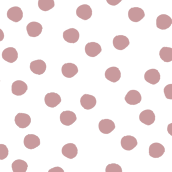 The artist, Siyon Jin and his dancers set the pace for the night to follow with a performance of sight and sound. As the lights dimmed and the pulse of the music started, the two dancers who were clothed in suits full of LED lights began a beautiful dance that was projected on the screen above them. As they moved, their forms on the screen moved in a different time…delayed and replicated giving the audience a different perspective on the beauty of the dance below

Outside, as the rain came and went, the people showed up to support the artists with umbrellas and rain coats and boots.  The buildings along Jones Avenue were lit up with vibrant and moving displays of color. There were also beautiful hand-painted “mini” Missions along the avenue.  The rain provided a beautiful opportunity to see the lights reflected up and down the street.

As you walked up and down the street, you could hear in the distance the sounds of live music as San Antonio’s most talented live performers and avant-garde bands put on riveting acts.  Some of the bands were: Femina X , Chrysta Bell, and D.T.Buffkin.

It was truly an amazing night even though Mother Nature had other ideas, but those who have a true passion for the arts came out regardless of the weather and had fun. I can’t wait until Luminaria 2016!